The royal Thai ‘Temple of the Bell’ (Wat Rakang Kositaram) in Bangkok is internationally known for its historical importance in regard to genuine Buddhist amulets. The Supreme Patriarch of the Buddhist monastic order (Sanskrit: saṃgha; Pāli: saṅgha) – Somdej Phra Buddhācariya Toh Brahmaraṃsi – resided at Wat Rakang from 1851 to 1868 during the reign of King Mongkut (Rama IV of Siam). After Somdej Toh’s passing away in 1872 a cult formed around this historical Buddhist saint. The legacy of Phra Somdej amulets was then continued by his disciples Luang Por Nak and Luang Por Hin. 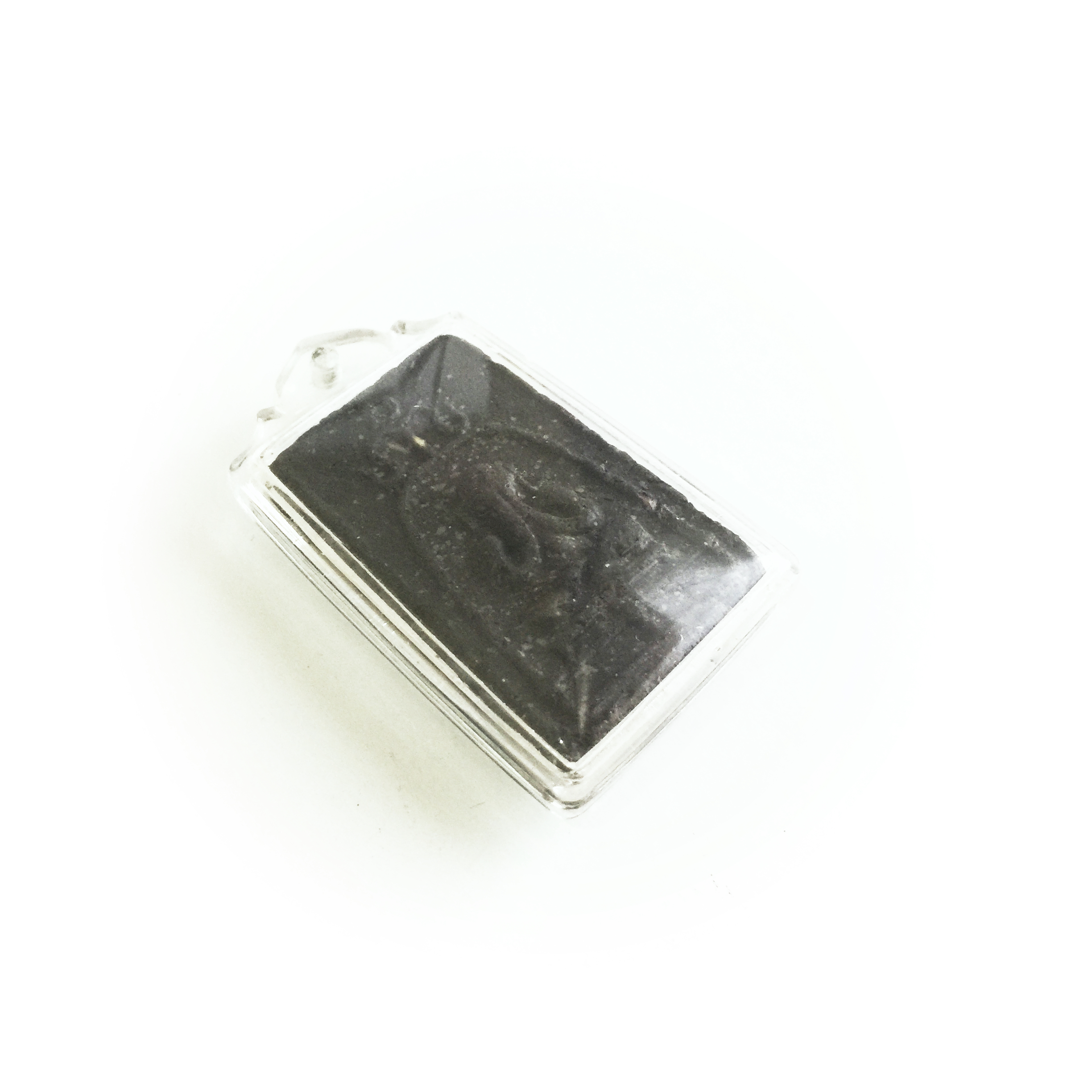 Luang Por Hin kept an incredible amount of raw materials in his monk’s hut at Wat Rakang. He obtained these materials by faithful devotees, who donated their damaged Buddha amulets to him, so that he could use them to create new ones. For the making of this Phra Pidta amulet, however, he also included the ashes of bound palm-leaf manuscripts containing ancient Buddhist sutras, which were burned ceremonially whilst the featuring scriptures were recited out loud (hence the black color of the amulet). Due to these sacred ingredients, Luang Por Hin’s amulets are believed to carry tremendous power in them. 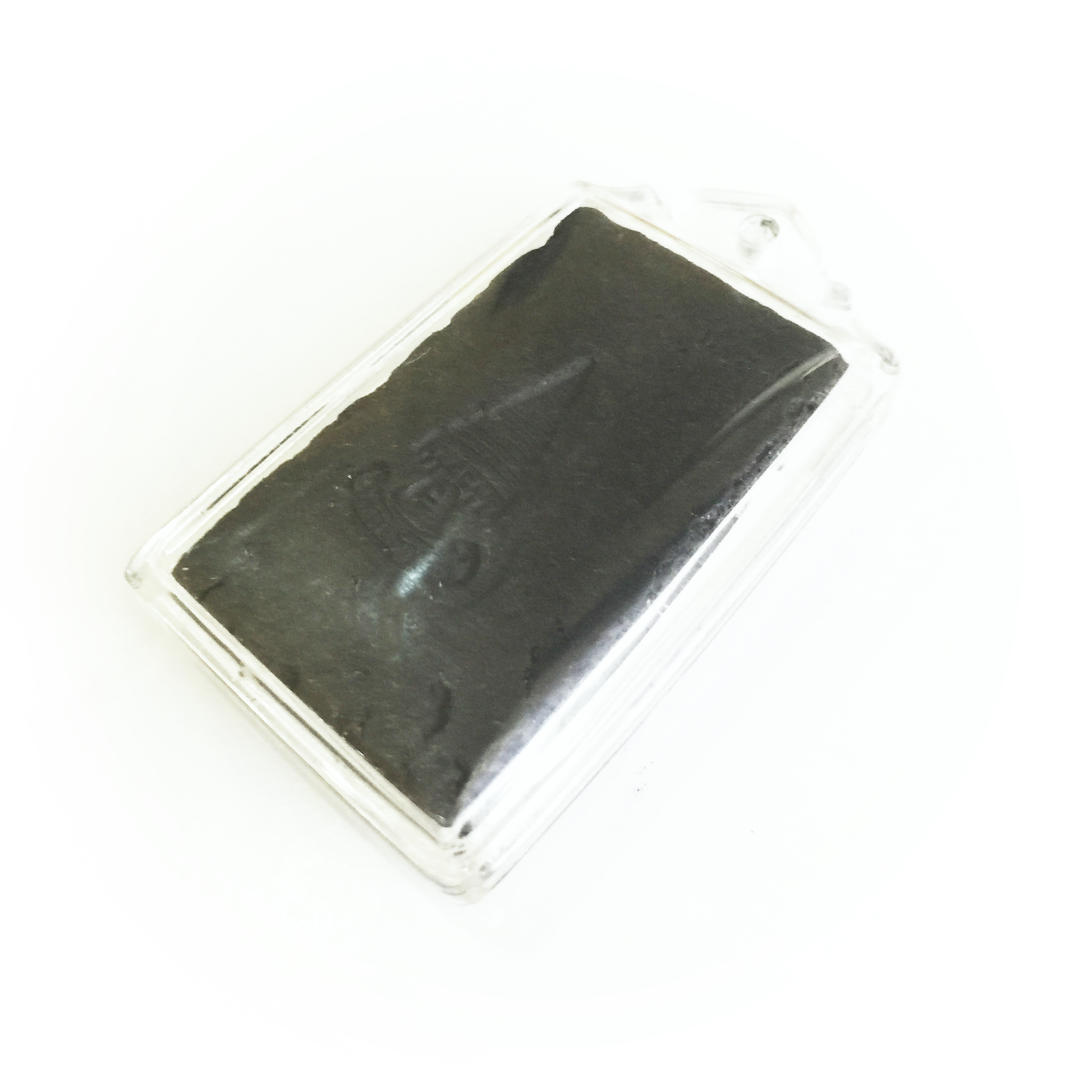 The iconographic image of Phra Pidta enclosed within the sacred bell of Wat Rakang is depicted on the front side of the amulet, while the rear side has the official royal temple seal of Wat Rakang stamped in it. Phra Pidta represents the Buddha with closed eyes, referring to the meditative state of nirodha (‘cessation’) in which he dwelt before realizing full awakening. The symbolical meaning of Phra Pidta suggests that one cannot rely upon the senses to be able to perceive the truth. Therefore, this particular type of Thai Buddhist amulet is said to enable the wearer to overcome pain and hardships, thereby making an end to emotional suffering, whilst simultaneously opening the door to a bright future. 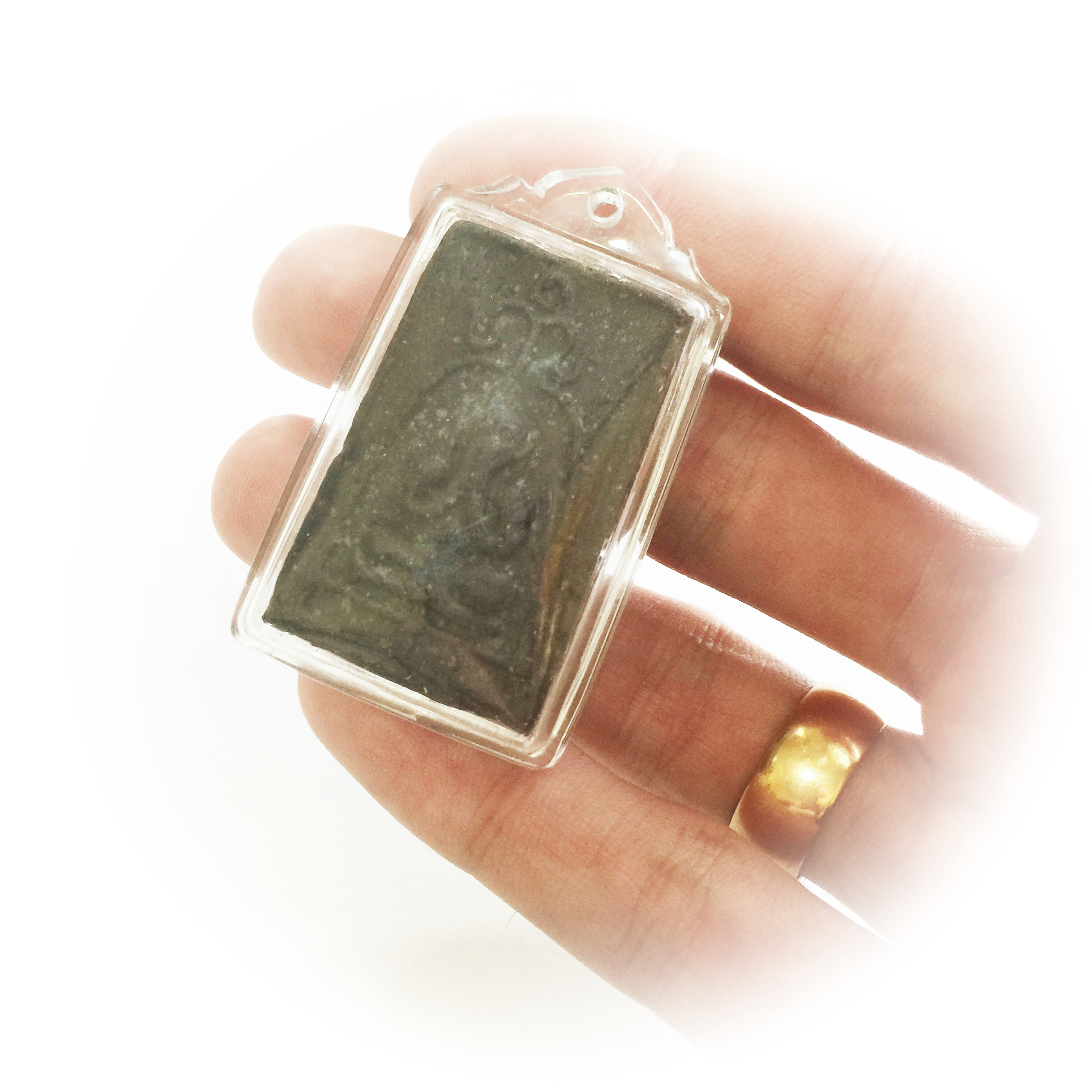