Luang Phu Thuad amulets are among the most popular religious items in Thailand, especially in southern Thailand and beyond (i.e., Malaysia, Singapore, and Indonesia). Many legends surround the seventeenth century saint (2125-2225 BE; 1582-1682 CE), claiming that he had attained complete awakening (Sanskrit: nirvāṇa) and performed various miraculous deeds thereafter. Thus, consecrated images of this Buddhist monk are revered by faithful devotees of Theravāda and Māhayāna Buddhism. 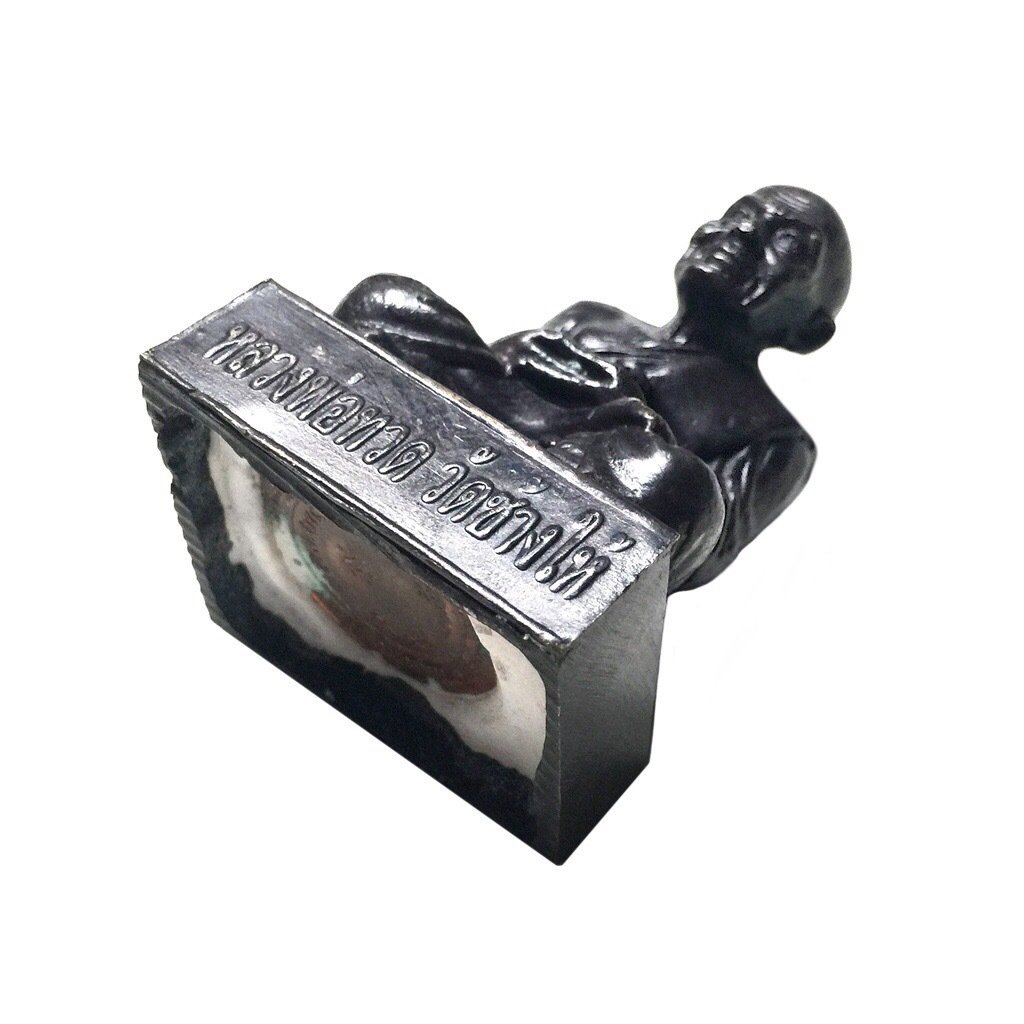 The sacred metal monk statuette shows Luang Phu Thuad sitting crosslegged in meditation posture. Furthermore, a rian amulet is inserted to the base of the amulet. It is a lucky coin cast from holy alloys. The monks at Wat Chang Hai Temple consecrated the magic rian coin with the aim to increase the owner’s wealth and riches. Additional blessings were performed to endow the loi ongk figurine with protective power. And so, owing to the Buddhist spells, the amulet will effectively help the owner to avoid harassment by criminals and psychopaths, as well as ghosts and evil spirits. 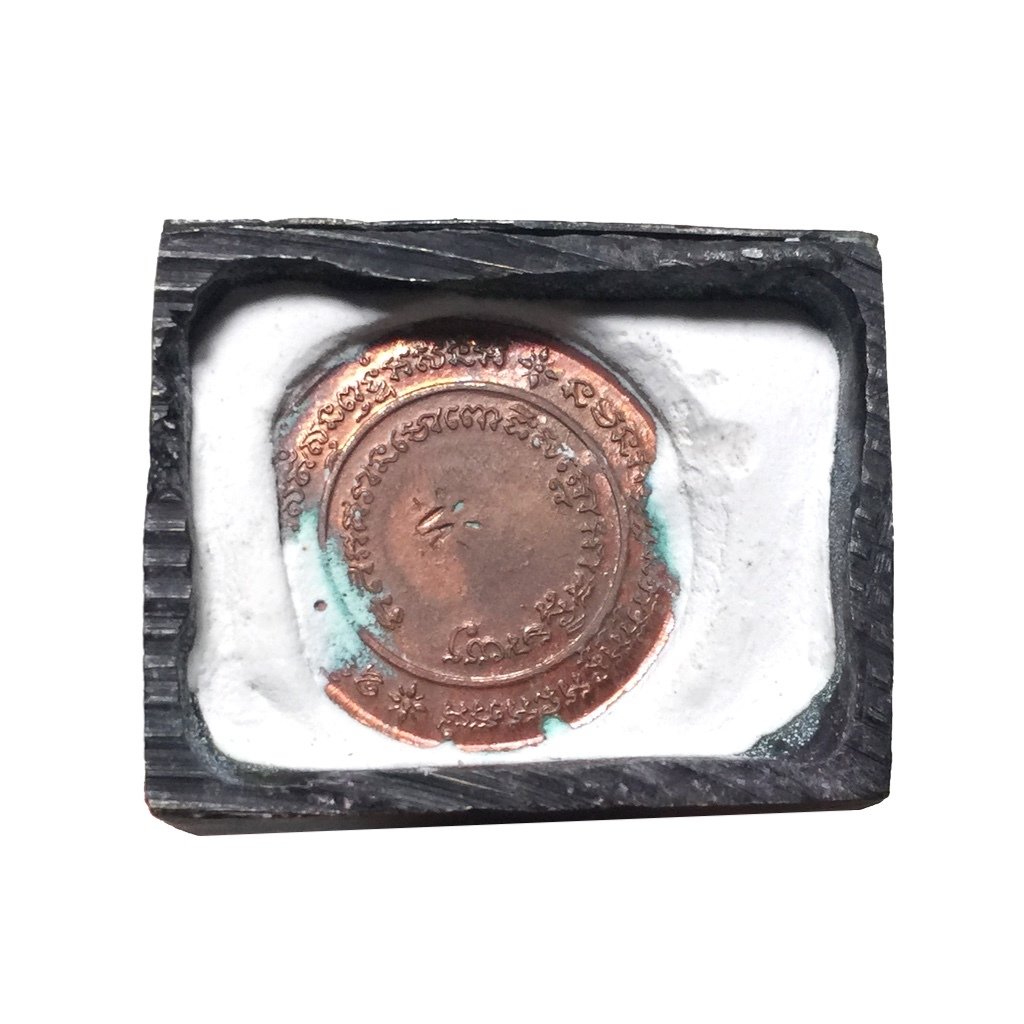 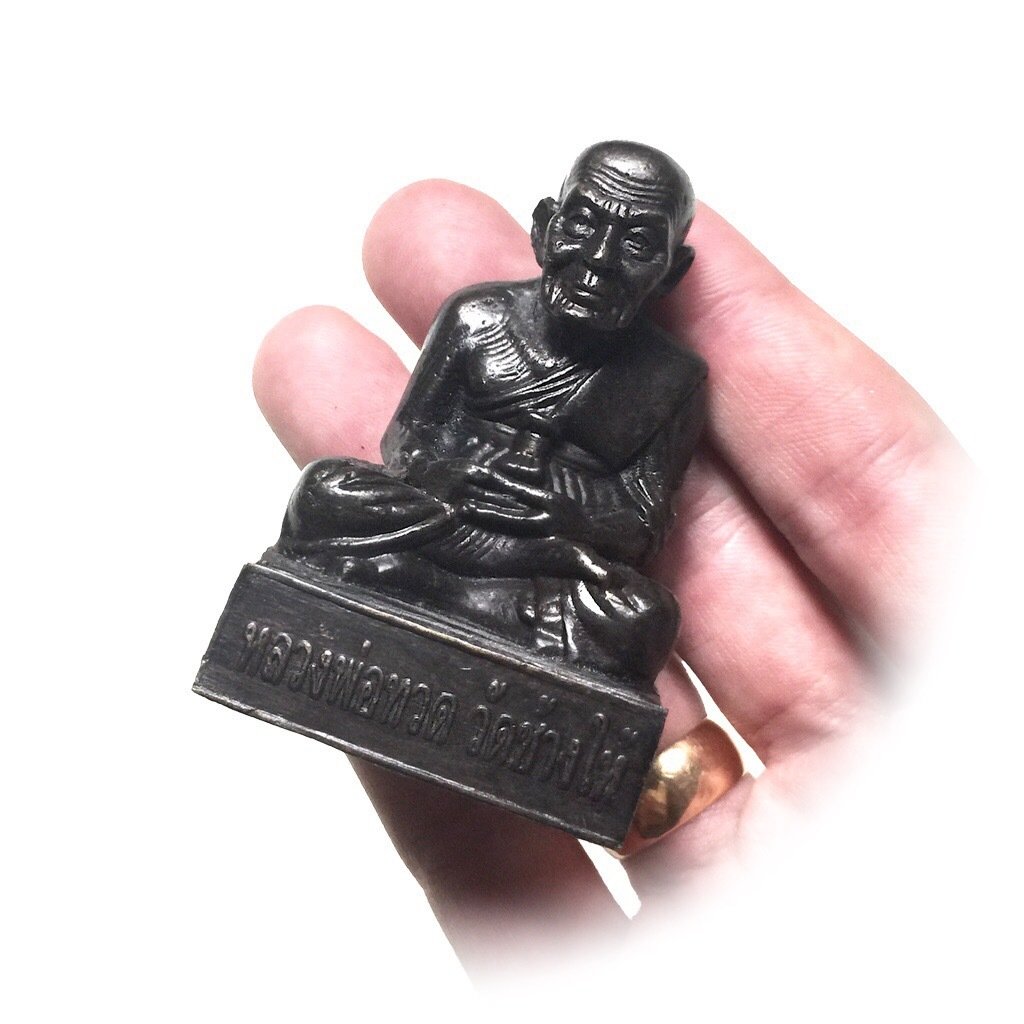