The Sang Baramee batch of amulets, which included the sacred copper rian phra monk coins, was consecrated by Luang Ta Boon Na at Wat Pha Sotti Poh. The ceremonial empowerment was performed on April 9, 2554 BE (2011 CE), during the annual celebration of the Songkran (Sanskrit: saṃkrānti) festival that marks the Thai New Year. Songkran is considered one of the most auspicious astrological events in the Hindu-Buddhist calendar. Therefore, in order to take advantage of these favorable circumstances, the consecration ritual for the amulets was held in conjunction with the traditional New Year’s Day. 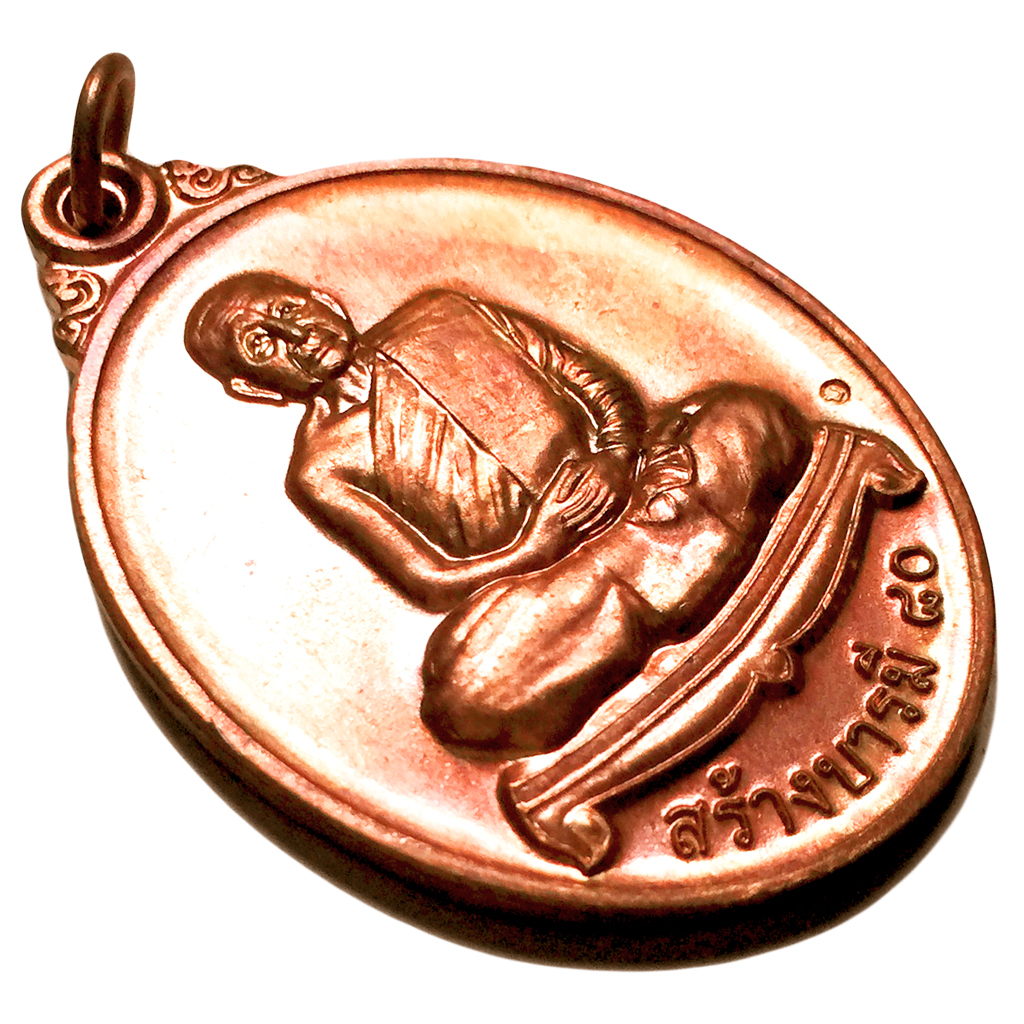 An image of Luang Ta Boon Na is embossed on the front face of the pendant. Luang Ta Boon Na is depicted in meditation posture, sitting on an ecclesiastical seat intended for use by monks when giving a sermon. In addition, a magic mantra (Pāli: ghātā) is written on the rear face of the rian; it contains the sacred syllables ‘Na Mo Put Ta Ya’ (Sanskrit: namo buddhāya), meaning “homage to the Buddha”. Below that, in the center of the copper coin amulet, it features an image of several requisites (e.g. alms bowl, tea pot, umbrella) placed on an offering cloth. These represent some of the traditional offerings given by the laity to the ordained members of the Buddhist monastic community (Pāli: saṅgha). Thus, the various symbols and images seen on this amulet illustrate the ancient practice of cultivating generosity (Sanskrit/Pāli: dāna). Therefore, the amulet is designed to help the owner accrue great virtue through the meritorious act of (selflessly) giving, thereby improving his or her karma, luck, and finances. 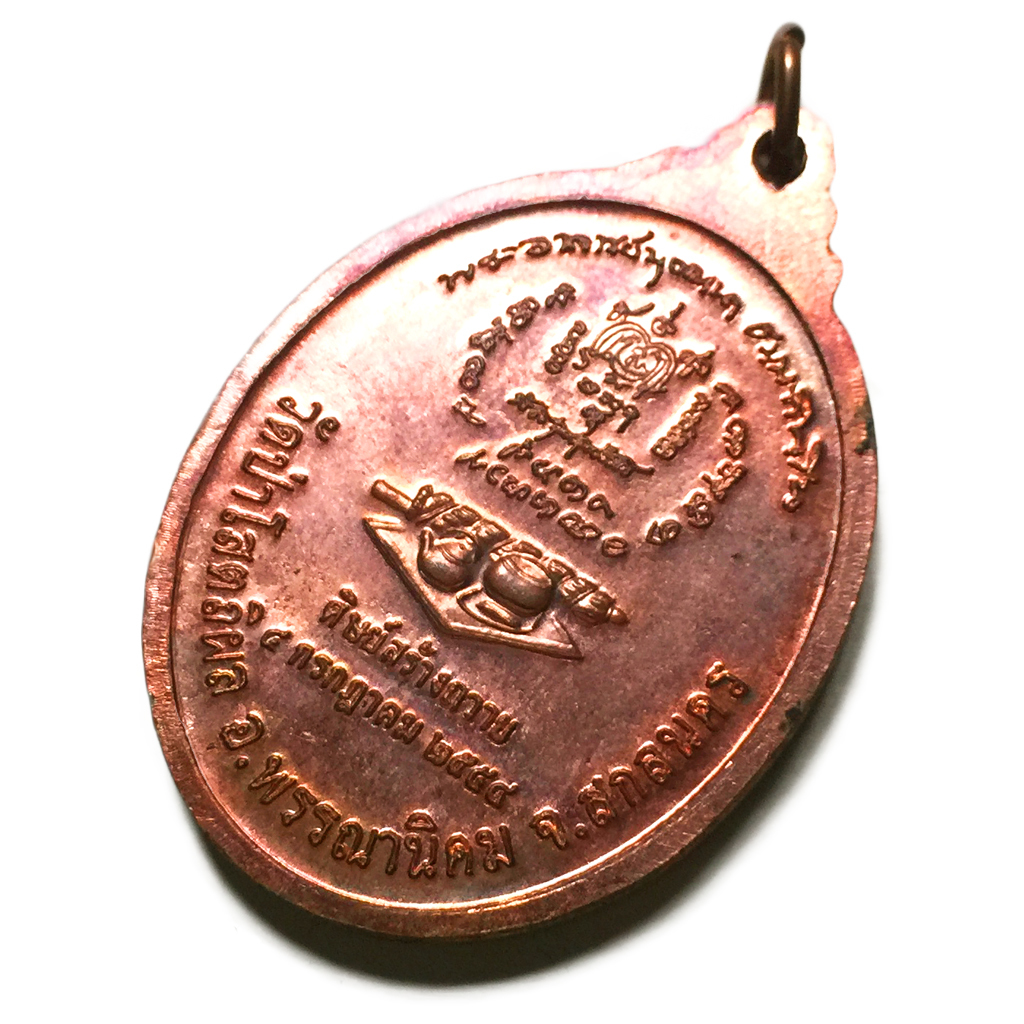 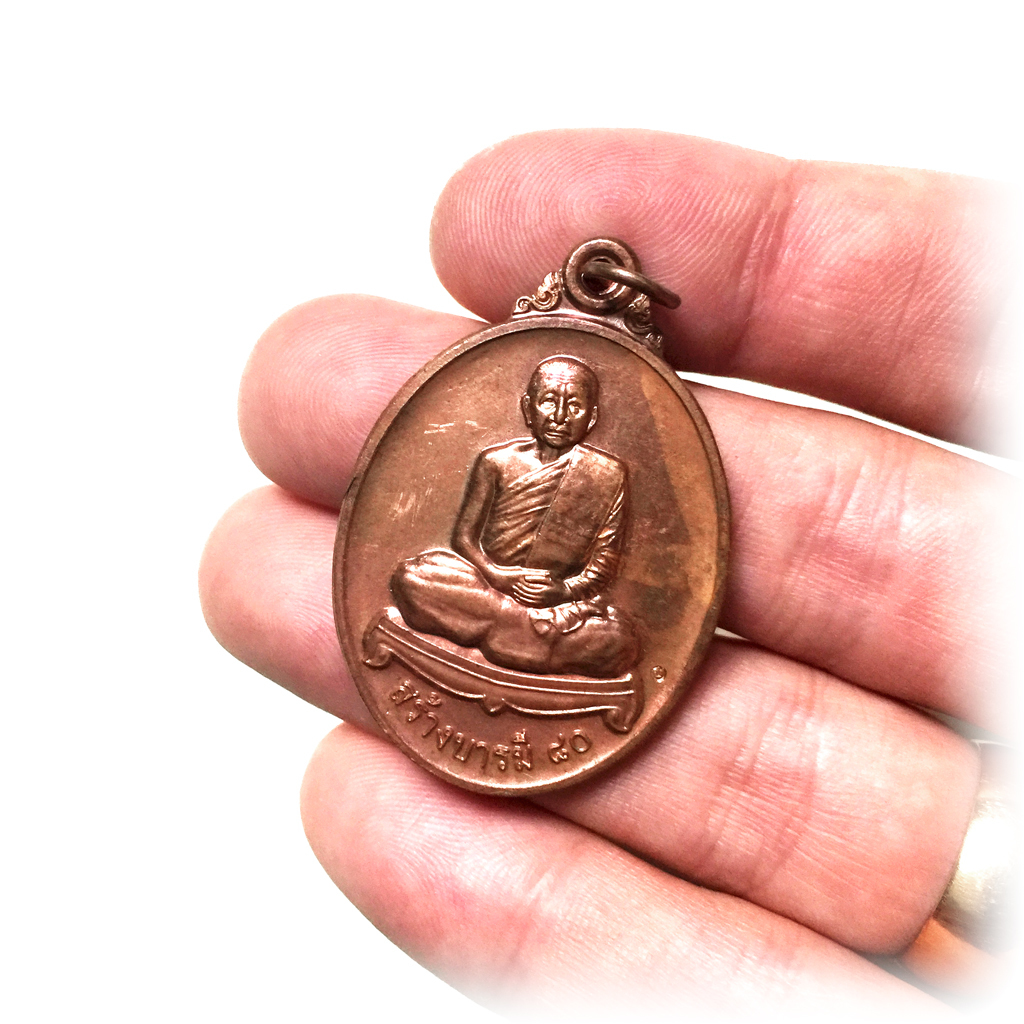