Phra Sivali (Pāli: Sīvalī thera) is a Buddhist saint (Pāli: arahant) of whom it is said that he realized full awakening (i.e., Nirvāṇa) during his lifetime as a monastic disciple of Siddhārtha Gautama, the historical Buddha. Before becoming a monk, Sivali was a wealthy prince. The birth of the prince had made the queen very ill and weak till the point where she feared she would die soon. Desiring to make a final offering to the Buddha and his followers, she told the king to invite the Fully Awakened One and his disciples to have their meal at the royal palace. It is said, that, after the monks had left the palace again, the queen quickly recovered from her sickness due to the miraculous power of the Buddha’s blessings. Besides good health, the Buddha also endowed Phra Sivali with various noble virtues, which would later bring great wealth and riches to the kingdom and its subjects. 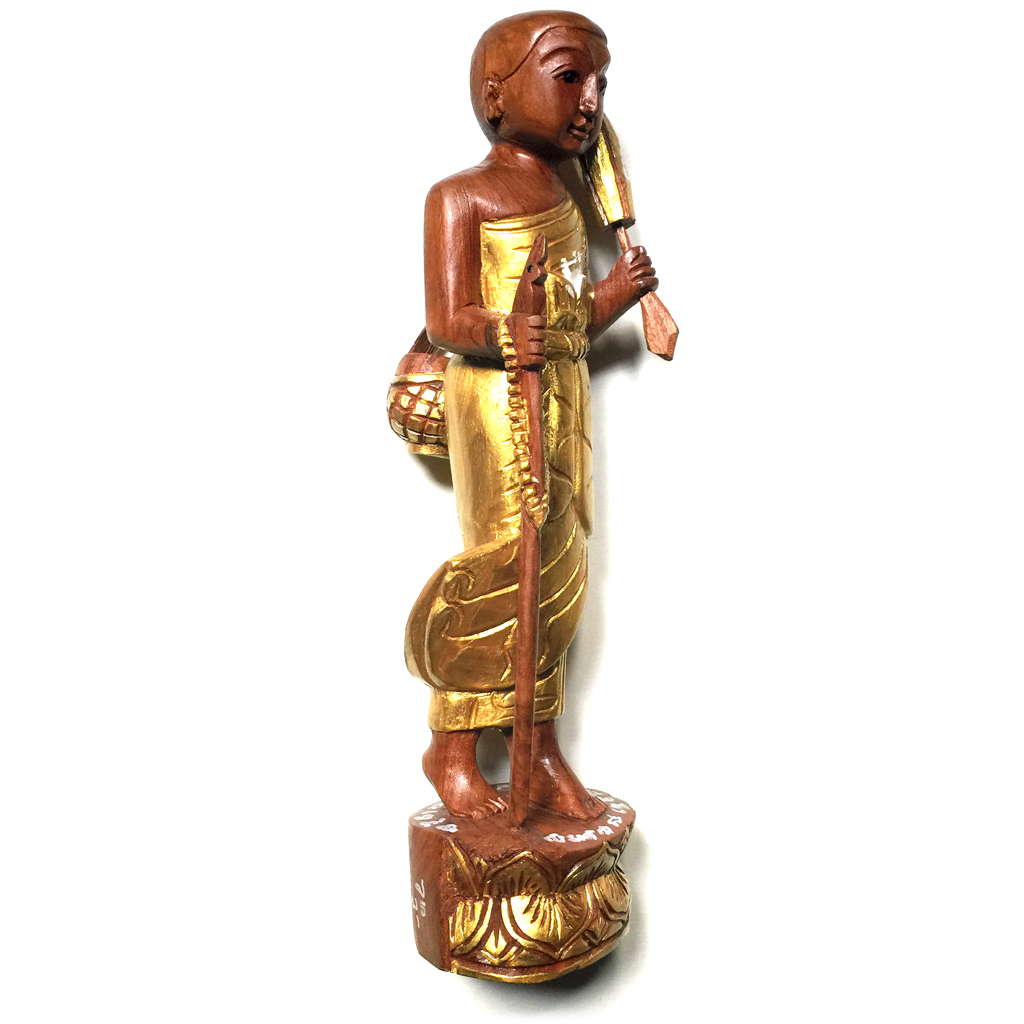 In traditional Thai Buddhist iconography Phra Sivali usually is depicted in walking posture (though there are also some more recent amulets which depict the saint in meditation posture). In his left hand he holds an umbrella (called a ‘glot’ in Thai), while holding a walking rod in his right hand. On his left shoulder he wears a monk’s bag and an alms bowl. These are the typical requisites of a wandering ascetic living the austere life of truly renunciate monks of the forest tradition (Thai: tudong kammathan; Pāli: dhutaṅga kammaṭṭhāna). Also, a Buddhist prayer beads rosary (Sanskrit: mālā) can be seen hanging on the monk’s right wrist, which can be used for recitation and meditation purposes. 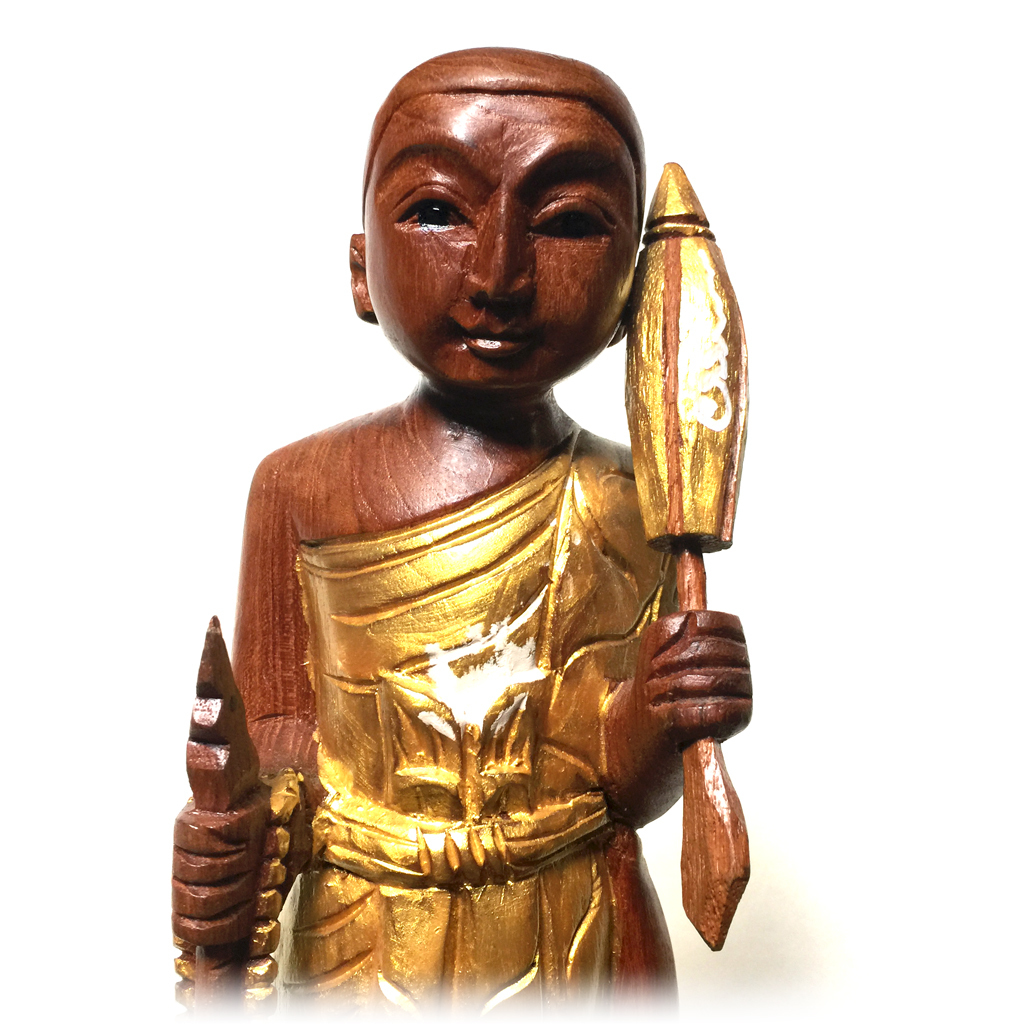 The bucha statue is hand-carved from teak wood trees (Lat. Tectona grandis) in the inner temple compounds of Wat Kok Mor in Lopburi, Thailand. Luang Por Pichet is the abbot of the temple; he personally performed hand inscriptions on the wooden statue to empower image of Phra Sivali with magical qualities. Thus, the bucha item is consecrated according ancient tradition, using hand-written Buddhist magic spells and sacred yantra diagrams. As a result of the individual empowerment by the abbot himself, the teak-wooden Sivali statue serves as a powerful bucha item that can help improve the owner’s fate and luck, whilst at the same time also attracting abundant blessings of good fortune. It is therefore a suitable item for ritual worship, as the statue can be placed on one’s altar at home. Though, ultimately, it is also possible to use the statue’s inherent mystical properties for the purpose of improving one’s business activities. 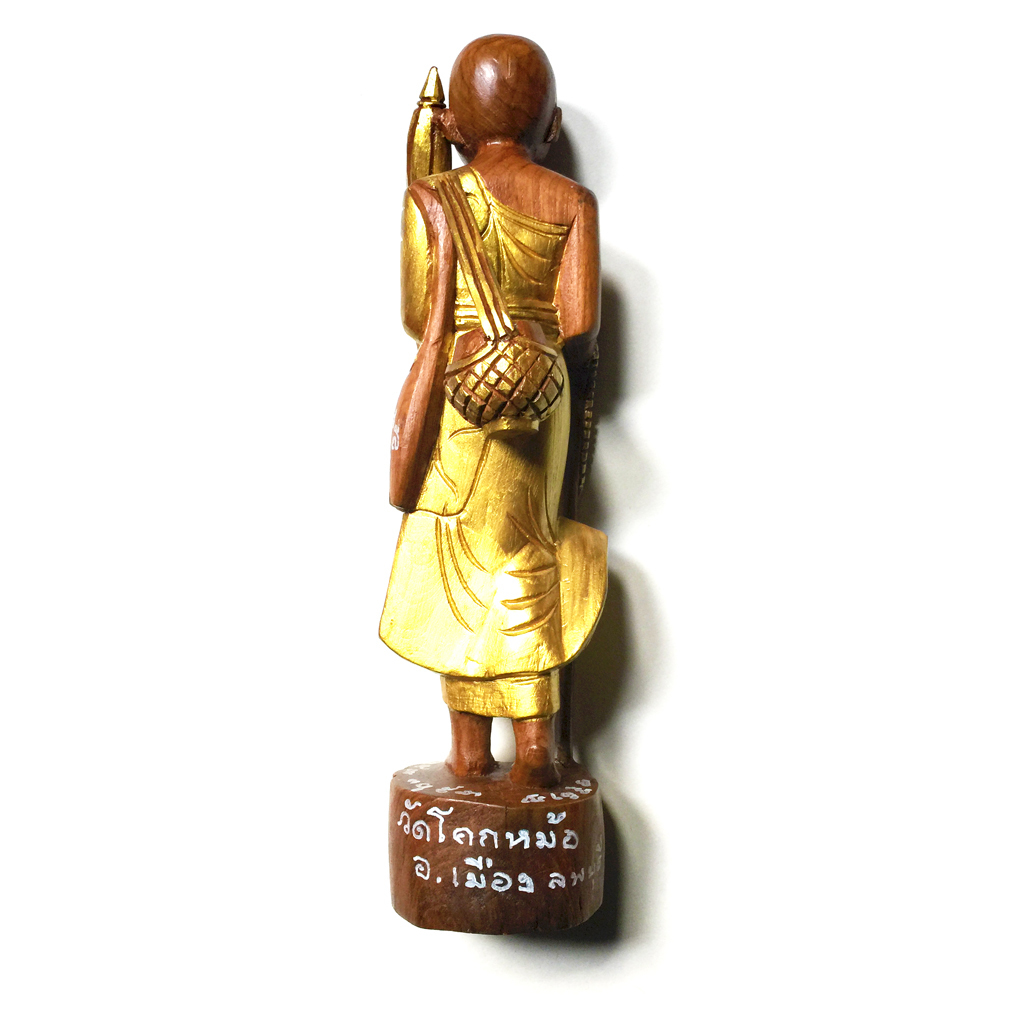